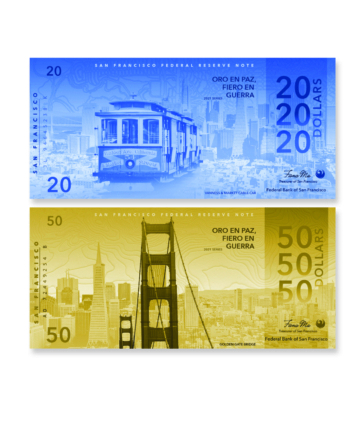 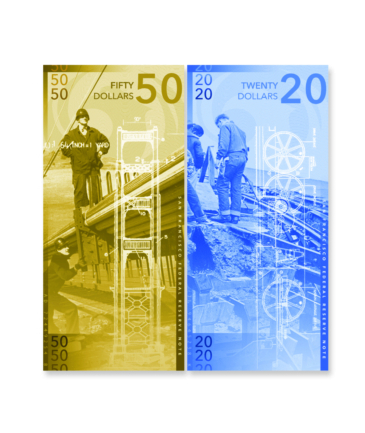 Tasked to reimagine currency of any place in the world and recreate it, imagining that place with a different history, I chose to reimagine the currency of California with an imagined history that it is its own country and the capital was moved to San Francisco.

The fifty dollar bill focused on the Golden Gate Bridge. The gold color symbolizes the golden nuggets that were found in the California Gold Rush in 1849. The bridge is displayed on the front side of the bill in front of the city of San Francisco along with a map of the city’s topography. The back of the fifty dollar bill shows the blueprint of the bridge and two people building it.