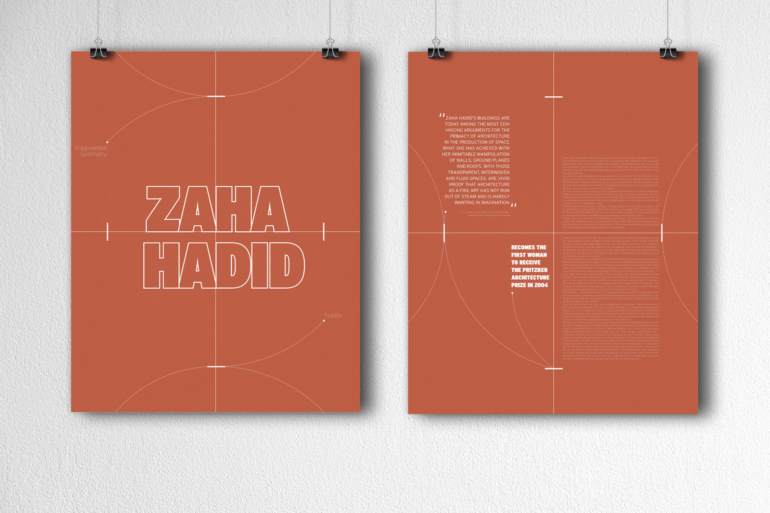 “We used to do maths to resolve problems continuously, as if we were sketching.” 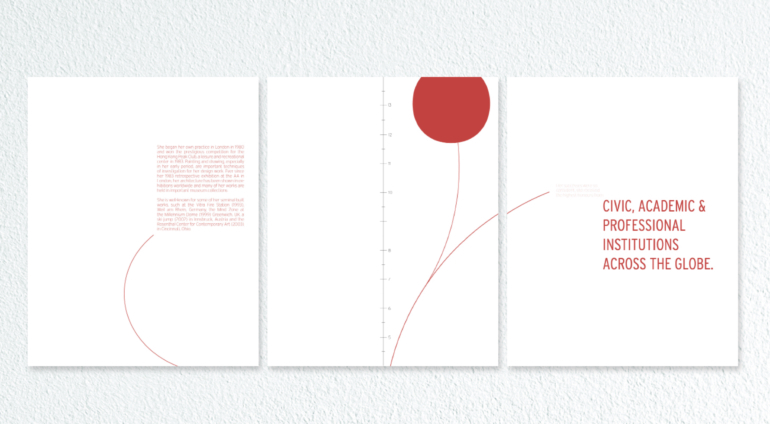 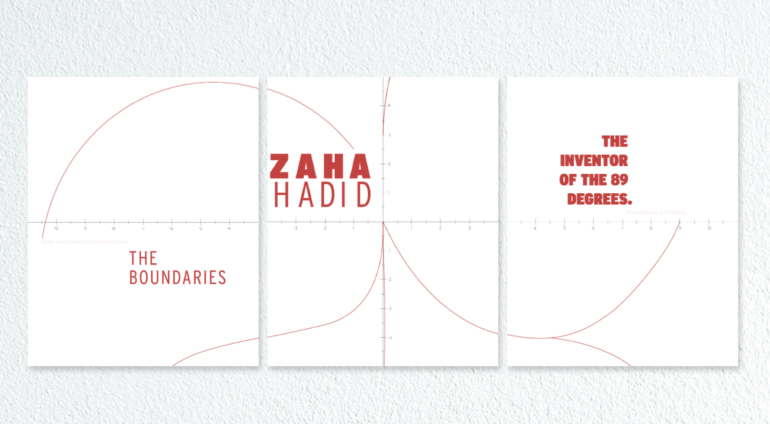 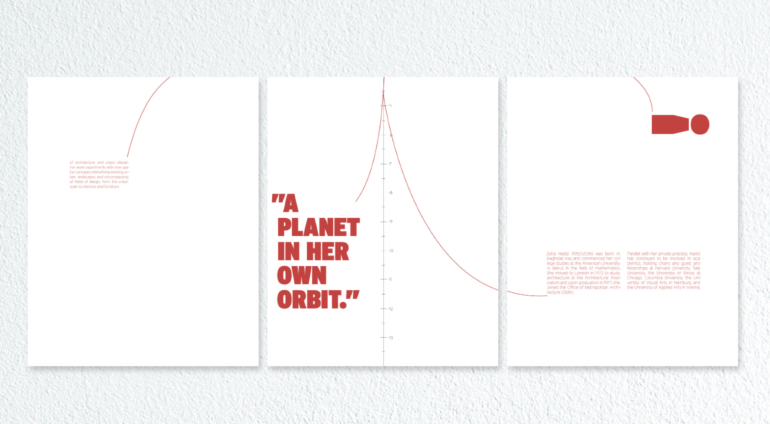 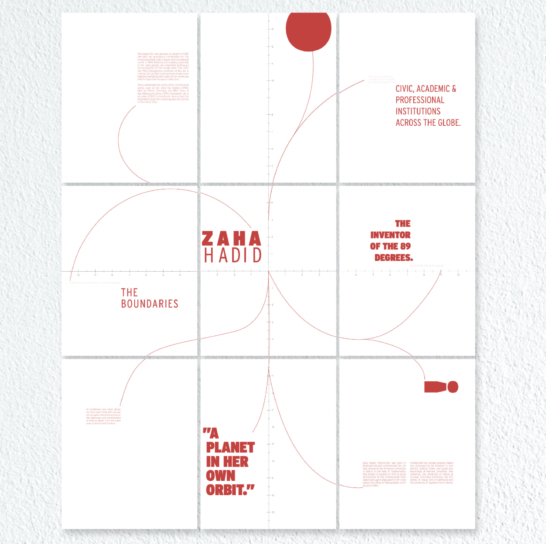 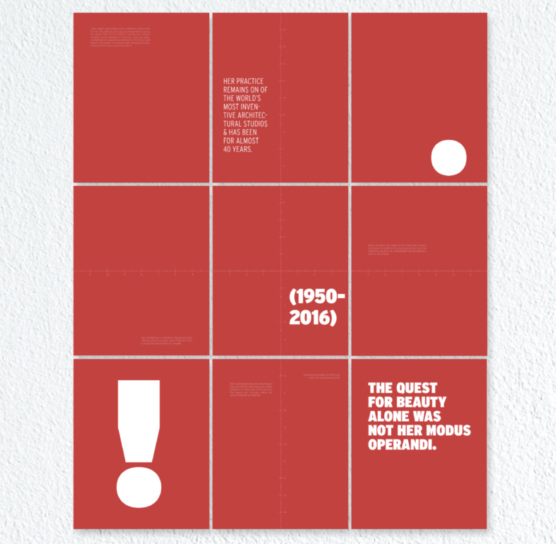 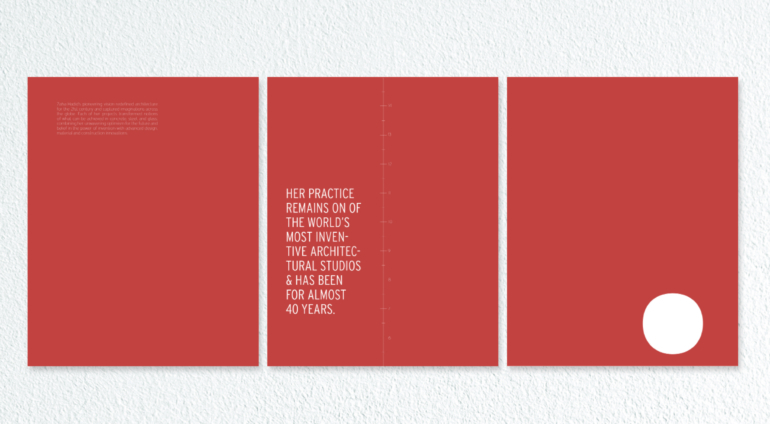 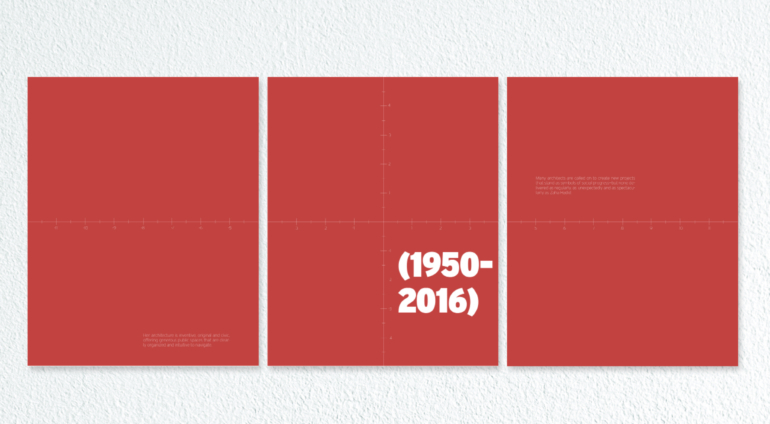 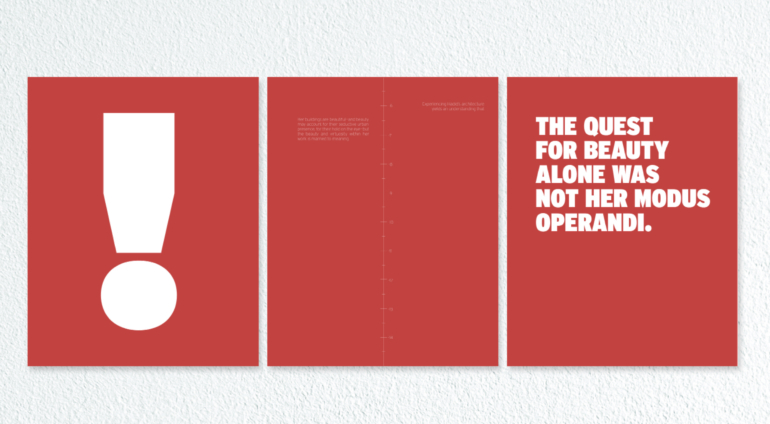 “Geometry has a tremendous influence over my work—more now than anything else.”

Zaha Hadid was an architect born in Baghdad, Iraq during a period of prosperity in which the government chose to invest in modernizing the city’s architecture. Her childhood saw the completion of buildings by iconic architects such as Frank Lloyd Wright and Le Corbusier.
In her work as an architect, Hadid examined the connection between math and geometry with architecture throughout each of her projects, with math always central to her work. She used geometry to create fluid space, to create buildings that connect, forming a new kind of landscape—extending her design throughout the buildings and out into the landscape while creating a new environment.
For this project, I wanted to explore the way in which Zaha Hadid viewed geometry. So, for each of the three elements of this project, I decided to hone in on an x- and y-axis. The poster shown above on the vertical axis while the accordion style book focuses on the horizontal axis, each element highlighting the endless continuity of each axis. The series of nine cards make up the whole of a coordinate plane when put together.